Moscow accuses UN of biased stance on conflict in Ukraine 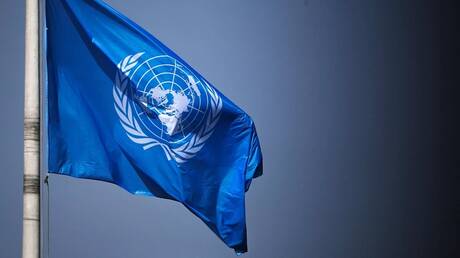 The Russian Foreign Ministry accused the UN, commenting on the statements of its Secretary General António Guterres, of not observing a fair and impartial position on the conflict in Ukraine.

The Russian Foreign Ministry said in a statement that “the Secretariat, contrary to the requirements imposed on it by the Charter of the United Nations, does not take a neutral and fair position, as one would expect from the Secretariat of the most authoritative international organization, designed, among other things, to facilitate the resolution of disputes.”

The Ministry of Foreign Affairs confirmed that the participants in the meeting of the Ukrainian Air Force command with foreign suppliers were eliminated by a strike with high-precision Kalibr missiles.

The statement recommends that Guterres ask Ukraine to explain why the Kyiv regime is placing military facilities in close proximity to civilian facilities. The Russian Foreign Ministry also asked why the Secretary General, like many other representatives of the international organization, deliberately did not notice the deliberate strikes of the Ukrainian missile forces on civilian objects and residential areas of cities.

The department recalled the bombing by the Ukrainian army of the Russian Kursk and Belgorod regions, as well as the Novokahovsky district, controlled by the Russian army in southern Ukraine.

Regarding the bombing of Nova Kakhovka, the ministry said: “The force of the explosion was similar to the explosion that occurred in the port of Beirut, and according to the local Ministry of Internal Affairs, about 190 people sought medical help,” noting that “Neither António Guterres, nor his official representative, nor anyone or the other did not condemn the attack on civilians and civilian infrastructure, as in the case of Vinnitsa, in which the Russian army attacked the building of the House of Officers, where the Kyiv soldiers were discussing the supply of weapons with their foreign sponsors.