The dollar leads to a collective rise in currencies in Egypt

Lavrentiev: The meeting between the presidents of Turkey and Syria should be held under appropriate conditions

A new update has been released for Train Sim World 3 Update 1.03 You can find out all the details of the Game Update, Bug Fixes, improvements, and Patch Notes below. Train Sim World 3 Update 1.03 is now available for download, for all platforms, including PS4, PS5, Xbox One, Xbox Series S/X, and PC. The file size may vary depending on the platform.

Hello folks,
Thanks very much for your continued feedback on Train Sim World 3. Today we’ll be launching the first of several post-release updates, with quality-of-life improvements and bug fixes, as well as re-introducing a Save Game toggle for those who have been asking for its return. Read on to find out more below.

This update will be a little staggered, due to the certification process on different platforms.

As we know how anticipated the Save Game toggle feature is in particular, we wanted to make sure as many players had it in their hands going into the weekend as possible. This means that…

Thanks for your patience – and we hope you enjoy the improvements!

Settings and UI:
Reintroduced Save Game

Thank you for your continued feedback on this one. There will now be a toggle in the settings menu to enable / disable the save game feature, which is currently the same functionality from within TSW2. See the below screenshot on where you can find this. 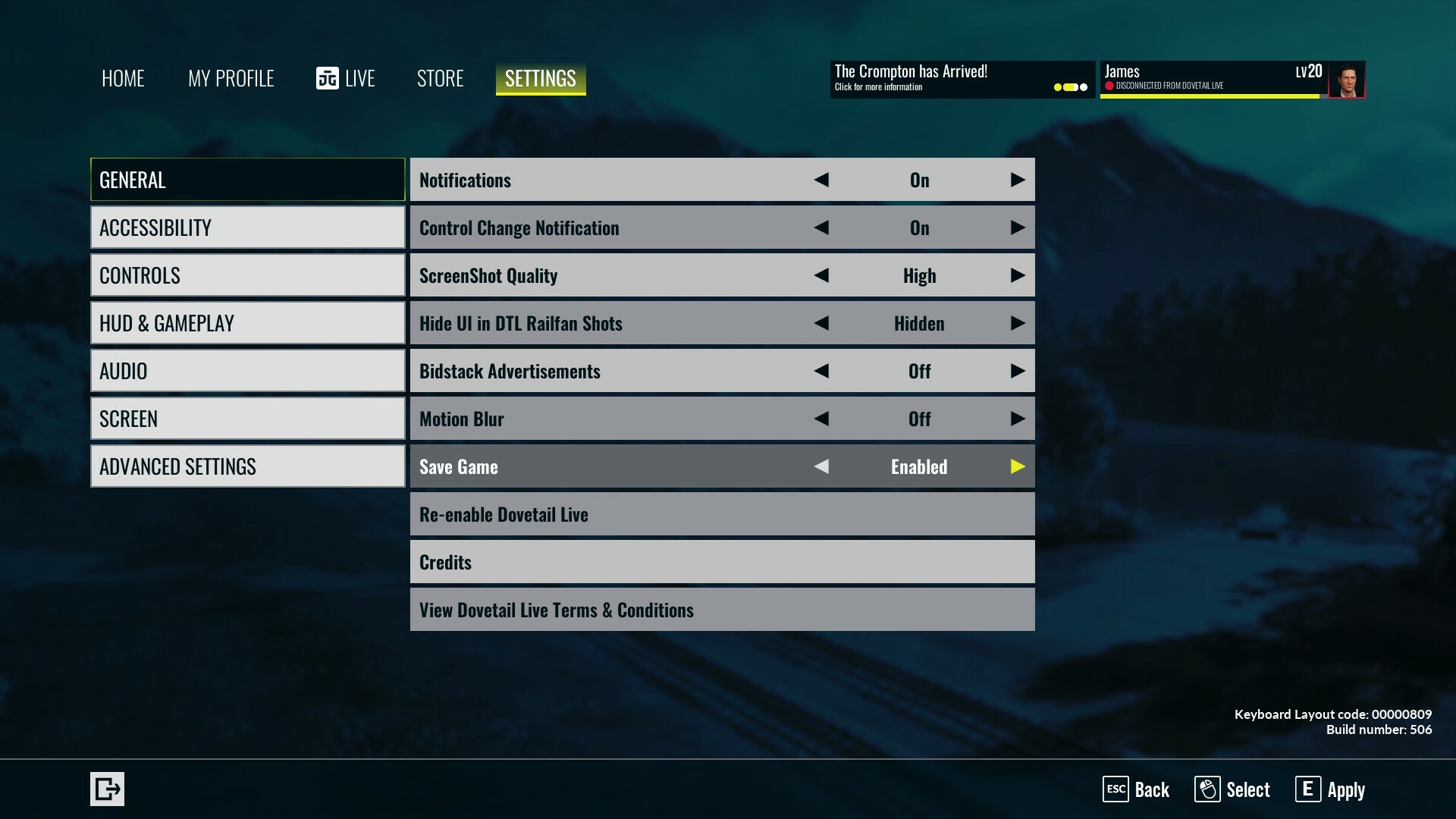 As a quick note:

this is the same Save Game feature you saw in Train Sim World 2.

We are working on ongoing improvements which you’ll be seeing in future patches, but we felt it important in the meantime to provide a toggle for those who are happy to take the risk. Based on this, the setting will be

set to disabled by default.

For those of you who do choose to enable save game, please send us any feedback over on our forums as we’ll be looking to pinpoint particular routes and work on improving individual issues we can identify.

, we have also implemented a Mouse sensitivity slider for PC players (

this is not functioning as intended, but we are working on a fix

) and fixed imports of scenarios and liveries when transferring a profile from TSW2.

Let’s jump into the gameplay issues we’ve addressed, where we’ve been fixing leaky ceilings and holes underneath structures so now rain, snow and lighting should correctly behave. Lighting strikes themselves will also occur at a greater distance away from the player.

We had an issue with fog getting extremely dense when moving from a high to a lower altitude, which has now been fixed so you can now fully embrace the environment while plummeting down from the Cajon Pass summit!

For anyone unable to finish the BR Class 465 tutorial, this is now fixed and therefore unlocking the Achievement is now possible.
And finally, SIFA and PZB can be triggered from Gamepad and RailDriver

We have been seeing many reports of semi-circular visual errors above the wheels on various locomotives, which includes the recently added Class 66. These have now been resolved.

From leaky ceilings to leaky bulbs, we’ve found passenger lights on the BR Class 101 were leaking light into the cab and tunnels, so they have been reworked to fix this as well as improve performance. In addition, we’ve addressed the Dopplestock headlights being stuck constantly on.

Finally, we’ve also added a useful tooltip to the ICE1 to help with recovering from an emergency stop that requires the use of the HLL Fill button to recharge the brake pipe.

In terms of sound, we gave the BR Class 375 our attention which will now have correctly reduced audio inside the cab when the windows and doors are all shut, and we added deceleration sounds.

And for our Long Island Railroad and Harlem Line players, the M7 Traction Engine sounds will also now no longer cut out after first 4 coaches pass.

Please see a full changelog of the patch below:

The dollar leads to a collective rise in currencies in Egypt

Lavrentiev: The meeting between the presidents of Turkey and Syria should be held under appropriate conditions