Russian Medvedev advanced in Cincinnati, while his compatriot Rublev came out

The international terminal at San Francisco International Airport was evacuated after a bomb was reported. 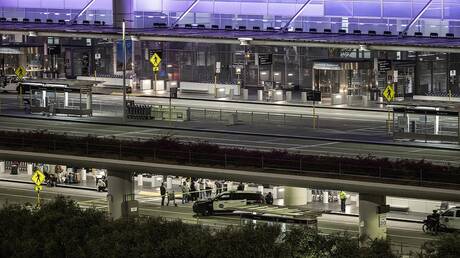 Police said the international passenger terminal at San Francisco International Airport was evacuated Friday night after a bomb was reported.

The San Francisco Police Department said on its Twitter account that the police received a report about a planted bomb and found a “suspicious package.”

“The international terminal has been evacuated and the explosives disposal unit is investigating,” the statement warned of possible flight delays, “as it could disrupt ongoing airport operations.”

The airport, which surpassed three million passengers in 2020, has indicated that pickup and drop-off services are only available at its domestic stations in 2020, according to the latest data.

Russian Medvedev advanced in Cincinnati, while his compatriot Rublev came out

Previous articleIraq and Saudi Arabia sign the Persian Gulf Interconnection and Electricity Supply Agreement.
Next articleSharapova announced the birth of her first child