Polyphony Digital has released a new Update 1.17 for Gran Turismo 7. The following is a detailed overview of all the changes, fixes, and improvements implemented in the recently released version of the game. The Gran Turismo 7 Update 1.17 can now be downloaded, but the file size could vary depending on the platforms, including PC, PS4, PS5, Xbox One, and Xbox Series S/X.

The latest update includes two legendary cars, one Vision GT, and the introduction of the Watkins Glen International circuit. 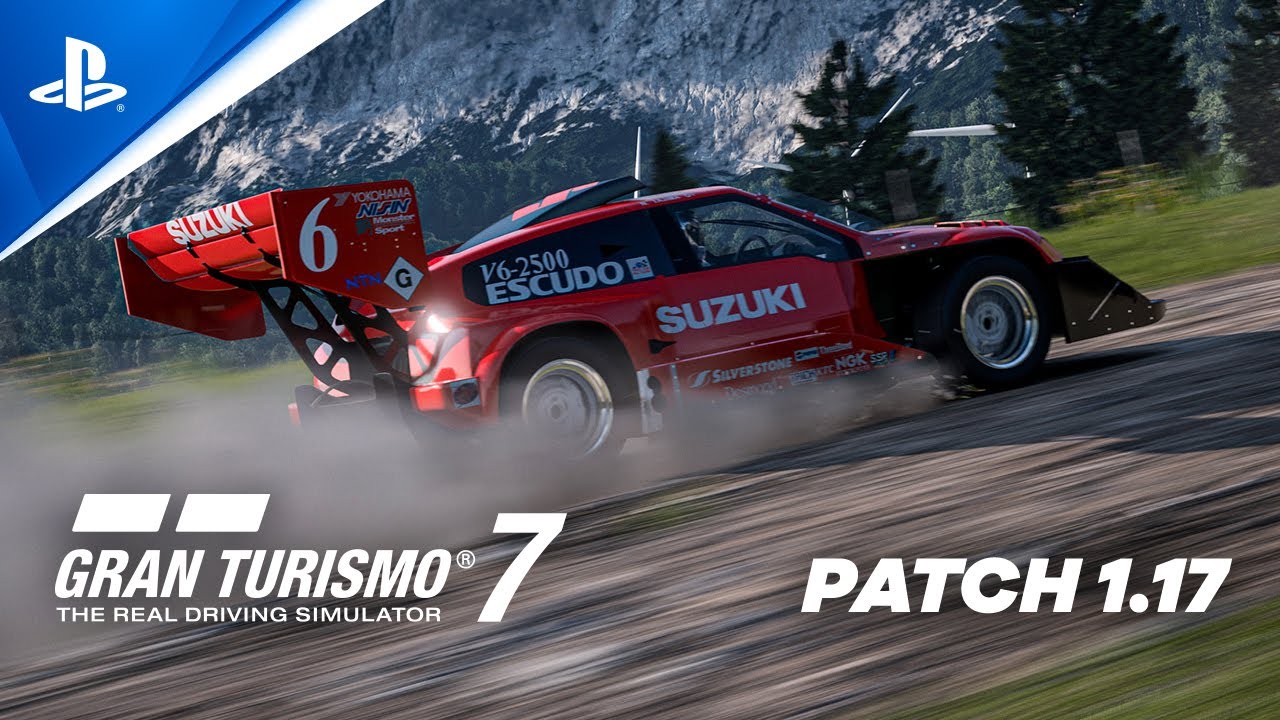 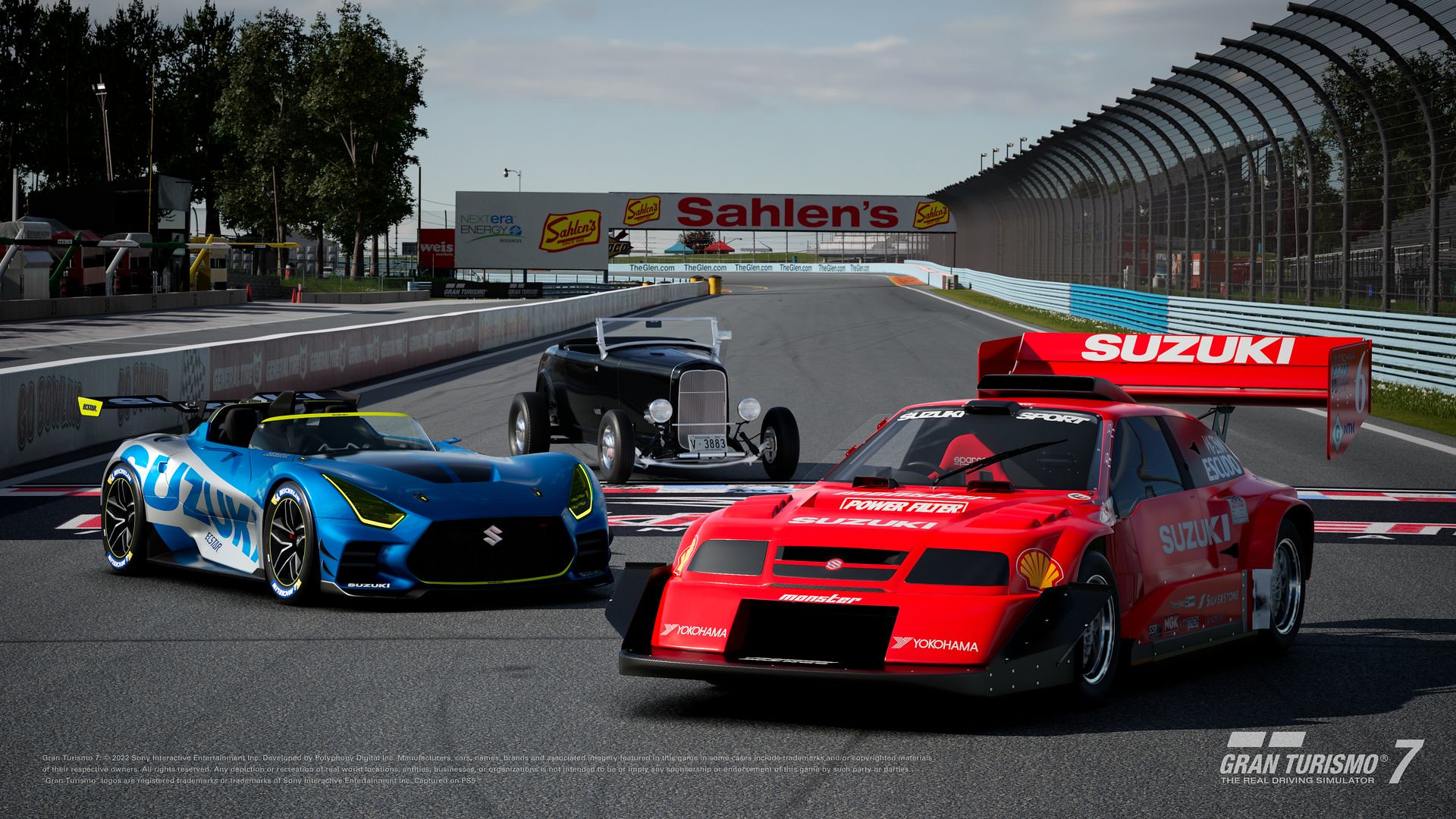 Returning to the series for the first time in a decade, the legendary Suzuki V6 Escudo Pikes Peak Special ’98 is a monster machine developed specifically to compete in the most extremely harsh conditions for any race car in conquering the treacherous hill climb. The frame is of an all-new design using an aluminum space frame. To maximize performance, the powertrain has been extensively modified, moving the engine from the base model’s front position to a midship configuration. The fully tuned 2.5L V6 engine has been fitted with twin turbochargers allowing it to produce a maximum 981 BHP and 95 kgfm maximum torque.

This model is a realization of Suzuki’s motor sporting prowess, extensively tuned to meet Gr.3 regulations. The base Suzuki VGT uses the 1,340 cm³ (1,340 cc) Hayabusa engine linked to 3 high-power electric motors on an all-wheel drive powertrain. This Gr.3 version however has been changed to a simple front-engine, rear-wheel drive layout with a V8 twin-turbo powerplant comprised of 2 Hayabusa engine blocks for a total displacement of 2,680 cm³ (2,680 cc). In this form, the monstrous engine can produce a maximum 577 BHP at an astoundingly high 10,000 rpm. Compared to the base model, the design aesthetics have been altered to achieve increased downforce, featuring an enlarged front spoiler as well as the addition of front and rear diffusers, a GT wing and air ducting on the bonnet.

In the world of customized cars, the US is often number one in terms of quality, volume, and genre. The oldest genre of these, now an iconic part of American culture is the Hot Rod. This was a movement that originated in the 1930s, where the Ford Model T and the later Model A’s and Model B’s were heavily modified by their owners. Extensive exterior modifications were performed on these cars such as removing wheel arches, bonnets and cutting the body to make chop-top convertibles. More and powerful engines were then added to the cars as technology improved over the years.

Nicknamed “The Glen”, Watkins Glen International is a historic road course found in New York State, roughly 260 miles northwest of New York City, which opened in 1956 and is surrounded by rolling hills. The first half of the track comprises high-speed sections with mid to high-speed corners, with the latter half features tight, technical turn combinations. The undulating track is also narrow which encourages high-intensity racing battles. The back straight leads to a high-speed chicane, immediately followed by a right turn into a banking section (Outer Loop), which is one of the track’s primary highlights. From there, the long course will run into the technical section known as “The Boot”, while the ‘Short Course’ bypasses this segment entirely.

The following 3 Extra Menus have been added:

Previous articleBugsnax Update 2.08 Patch Notes Details are Out Now – June 23, 2022
Next articleRussia demands to stop the recruitment of Americans by the Ukrainian Embassy in the United States