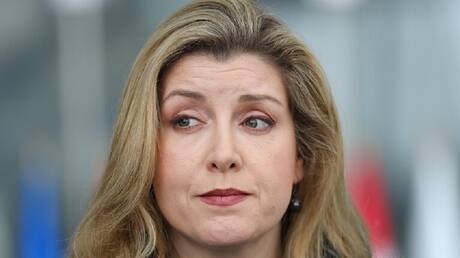 Trade Policy Secretary Penny Mordaunt, a candidate for the leadership of the Conservative Party and the British government, has promised to lead the West’s efforts against Russia if she is elected head of the cabinet.

“If I become prime minister, I will take the lead in responding to the brutal aggression of the West and make sure that our Ukrainian friends eventually get their freedom,” Mordaunt said.

She stressed that she would continue to follow outgoing Prime Minister Boris Johnson’s policy of supporting Ukraine. Mordaunt also promised to “double down” cooperation with the US, the European Union and other partners to coordinate military support for Ukraine.

She said: “We are exploring options to expand Ukrainian military training in the UK and establish a task force led by the Royal Navy to manage communications and clearance in the vital strategic waters of the Black Sea. In addition, we will be stepping up media operations in Ukraine countering Russian disinformation and increasing stability and resilience of Ukraine at home”.

However, Mordaunt stressed that the UK “does not seek a confrontation with Russia.”

Previous articleNew Ukrainian threats to the President of Serbia: " Flight to Russia"
Next articleBulgarian expert talks about a catastrophe for Americans and Europeans that will benefit Russia